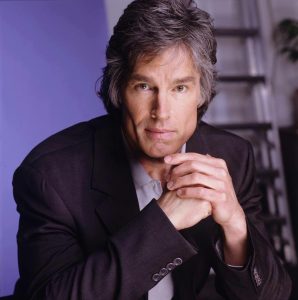 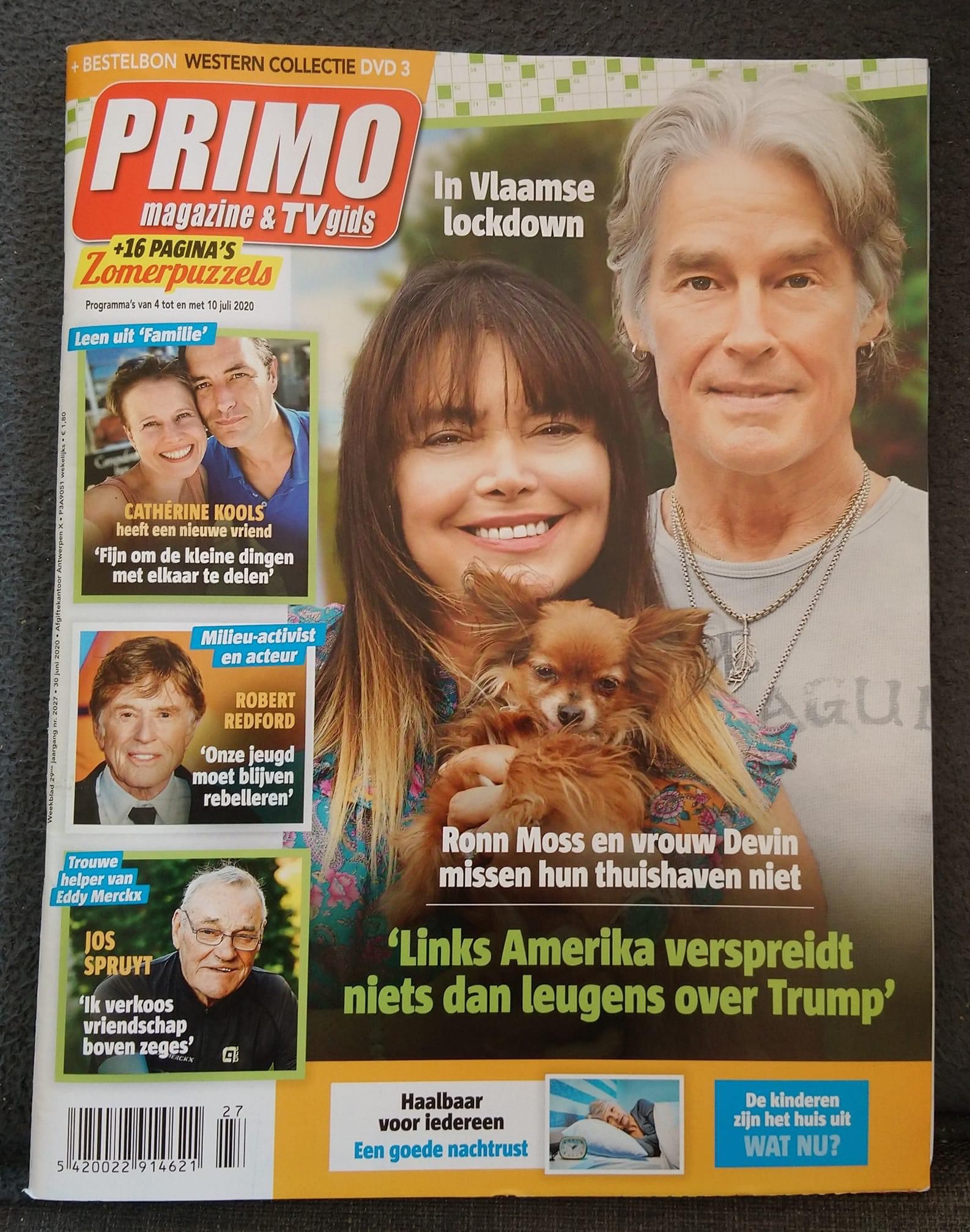 There is, of course, a lot more to Ronn Moss than just Ridge Forrester. But when you hear that voice coming down the line from LA, it’s impossible to prevent the fireworks going off in your brain as your inner soap fan squeals excitedly IT’S RIDGE! The man who bestrode the world of high fash like a colossus on The Bold and the Beautiful for 25 years. The man who made an artform out of soulfully facing the camera and delivering powerfully emotional monologues to someone standing directly behind him. The man who has been married so many times to so many different women that it seems futile to even try keeping score – although we’re pretty sure he wed Brooke on at least five occasions.

After Moss left the show, Ridge was recast, but millions will never be able to conceive of any other Ridge but him, and to hear his voice – deep and smooth, as handsome a voice as a throat ever issued – is to fall under a glamorous, soapy spell.

But Moss himself has moved on from Ridge. For a start, he’s got a new soap to busy himself with: The Bay, a frothy concoction of the lives of the rich and impetuous that began as a humble web series before being picked up by Amazon Prime, and is available on Ten Play in Australia. Moss not only stars in the series as the crusading former DA of Bay City, John Blackwell, who is on a mission to right past wrongs, but is also a producer on the show, and performed the theme song. It’s his new baby, and he sounds energised to be delving into a whole new world of soap. “It’s being excited about what you’re doing, being passionate: for the first time in many, many years I’m feeling passionate. It makes a difference.”

There certainly is a difference between John Blackwell and Ridge Forrester. Blackwell is, according to the man himself, “a much more badass, taking-care-of-business kind of guy. He’s not necessarily a perfect, good character, and he’s obviously not a fashion designer. In fact, he only wears black – I told them I only want to wear black until they come up with something darker.”

Moss is having fun with Blackwell, but still utilising his finely honed skills as a soap opera actor – a branch of the dramatic art that carries a very specific set of requirements. Asked what the secret of great soap acting is, Moss replies, inimitably, “I have no idea” (also his response when asked what it’s like to be a sex symbol). “I could quote Marlon Brando when asked to describe his acting technique,” he muses, “and he answered, ‘None of your f–king business’. Talking about creativity and how you do certain things is like asking a painter, ‘How do you paint this, what does this painting mean?’ For me these are all useless questions: you just have to absorb it and see how it affects you.”

It might sound a little bit high-minded for those who have not fully embraced the magic of the soap opera, but Brando himself could surely not brood as magnetically as Moss in the face of the sex scandals, murder mysteries and general mayhem that marks out the typical US soap. Certainly, few artists attack their art with the level of energy that Moss does after more than four decades in showbusiness. Besides his work on The Bay, he is also in the movie business, producing and starring in a new one, Surprise Trip, to start filming in 2020, and is busy on his online talk show Ronn’s Garage, shooting the breeze with his fellow superstars.

Then there’s the music. Moss was a rock star long before he was a TV star, hitting big in the 1970s as a member of the band Player with the single Baby Come Back. He’s never stopped making music, and the title track of his new album, My Baby’s Back, is a much-belated sequel to that song. “It took her 40 years to come back,” he observes. More seriously, he described the song as “a homage to my wife”. The album is a mix of Moss originals and covers of his favourites, including David Bowie’s Space Oddity.

Movies, TV, music: is there anything this man cannot do? All evidence points to no: he even produces his own wine, most recently a Primitivo from Puglia, Italy – a country in which he spends a good portion of his time, appropriately enough for a modern Renaissance man.

As it happens, another nation with which he has a particular affinity is Australia: locals have long taken to Moss with an enthusiasm few American daytime stars could boast. “I appreciate the fans in Australia, because what I’ve noticed about Australia is that everybody appreciates a sense of humour. That’s so cool for me: going around the world I’ve noticed Australia stands out in that way. There’s more sense of humour there, and I love it. I think that’s what lets me feel so at home: we share a similar sense of humour, and taking the piss out of yourself – just having fun. Most countries are not like that.”

As he travels the world, making movies, making wine, winning Daytime Emmy Awards, and taking the piss out of himself every now and then, the most astounding thing about Moss is that he’s not slowing down. Quite the opposite: “I see so much more that I want to pursue, try different things, experiment with things … I want to achieve things I haven’t even done yet.”

The Bay is on Ten Play.